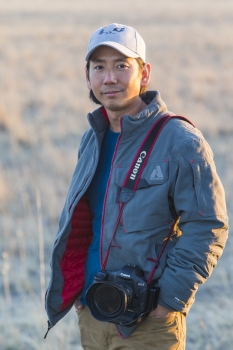 In addition, he has dedicated over 15 years to documenting North American grassland grouse and their fragile habitats. Those efforts resulted in two large format award-winning books, Save the Last Dance (2012) and Sage Grouse, Icon of the West (2017) what many consider to be definitive books on North American grouse. Many newspapers, major national publications, such as National Audubon and National Wildlife Federation, and experts praised both books, and both also won several national prizes including a grand prize for Indie Book Awards 2018.

In addition to publishing books, he has consistently shared his work and passion through numerous programs and presentations across the country. He hopes that his programs and exhibits will help people connect, at a personal and emotional level, with nature and conservation issues that he deeply cares about.