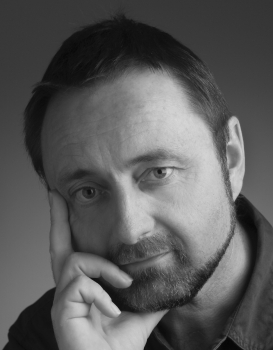 Senior Fellow @ iLCP
Frans Lanting has been hailed as one of the great nature photographers of our time. His influential work appears in books, magazines, and exhibitions around the world. For more than two decades he has documented wildlife and our... read on

Frans Lanting has been hailed as one of the great nature photographers of our time. His influential work appears in books, magazines, and exhibitions around the world. For more than two decades he has documented wildlife and our relationship with nature in environments from the Amazon to Antarctica. He portrays wild creatures as ambassadors for the preservation of complete ecosystems, and his many publications have increased worldwide awareness of endangered ecological treasures in far corners of the earth.

Lanting's work has been commissioned frequently byNational Geographic, where he served as a Photographer-in-Residence. His assignments have ranged from a first look at the fabled bonobos of the Congo Basin to a circumnavigation by sailboat of South Georgia Island in the subantarctic. Images from his year-long odyssey to assess global biodiversity at the turn of the millennium filled the February 1999 issue ofNational Geographic. Lanting's work also includes profiles of ecological hot spots, stories on Hawaii's volcanoes, Zambia's Luangwa Valley, and a series of photo essays on American landscapes. His global survey of albatrosses was published in the December 2007National Geographic. A feature on groundbreaking research with chimpanzees in Senegal appears in the April 2008 issue of the Magazine.

In 2006, Lanting launched The LIFE Project, a lyrical interpretation of the history of life on Earth, as a book, an exhibition, an interactive website, and a multimedia orchestral performance with music by Philip Glass. Conducted by Maestra Marin Alsop, the multimedia production of LIFE premiered in Santa Cruz, California, in 2006 and is currently touring North America and Europe.

Lanting has received numerous prestigious awards for his work, including the Lennart Nilsson Award in 2005. In 2001 H.R.H. Prince Bernhard inducted him as a Knight in the Royal Order of the Golden Ark, the Netherlands' highest conservation honor. He has received top honors from World Press Photo, the title of BBC Wildlife Photographer of the Year, and the Sierra Club's Ansel Adams Award. He has been honored as a Fellow of the Royal Photographic Society in London.

Lanting is a Trustee of the Foundation Board of the University of California Santa Cruz. He serves on the National Council of the World Wildlife Fund and is a columnist forOutdoor Photographer.

Frans Lanting makes his home in Santa Cruz, California, with his wife, Christine Eckstrom, a producer, videographer, and former staff writer at National Geographic who collaborates with him on fieldwork and publishing