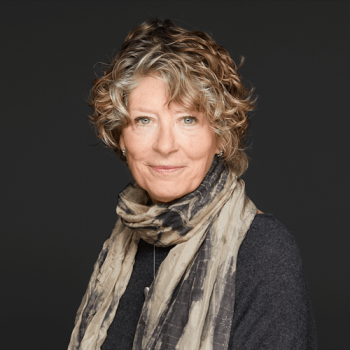 Member
Kathy is co-founder of Moran Griffin, Inc. and works as a photo editor and project consultant. Previously, she was National Geographic magazine’s deputy director of photography. As the magazine’s first senior editor for natural history,... read on

Kathy is co-founder of Moran Griffin, Inc. and works as a photo editor and project consultant. Previously, she was National Geographic magazine’s deputy director of photography. As the magazine’s first senior editor for natural history, Kathy produced projects on terrestrial and underwater ecosystems for the magazine since 1990. She was the project manager for the National Geographic Society/Wildlife Conservation Society’s partnership documenting photographer Nick Nichols and Dr. Michael Fay’s trek across Central Africa. The resulting stories were the impetus for the creation of Gabon’s national park system. More recently she produced two single-topic conservation-focused issues of the magazine on oceans (May ’21) and the Serengeti (December ’21).

Kathy has photo edited several books for the Society, including Women Photographers at the National Geographic, The Africa Diaries – An Illustrated Life in the Bush, Cat Shots and most recently, Tigers Forever. She was the photo editor for two anthems of wildlife photography, “100 Best Wildlife Pictures” and “Wildlife, The Best Photos.” She recently curated an exhibition for the Society’s museum “50 Best Wildlife Photographs” which has traveled around the country and internationally. Kathy has produced numerous books with ILCP photographers in collaboration with the University of Chicago Press. She was named “Picture Editor of the Year” for her winning portfolios in the 2017 and 2006 POYi competition and the 2011 Best of Photo competition.

Kathy is a founding member of the International League of Conservation Photographer and currently serves on its board. She is on the advisory committee for Focused on Nature. She continues to edit books and projects, mentor photographers, serve on photo juries and work with the xPosure Festival in Sharjah, UAE. She lives in Arlington, VA, with her husband and three bad cats.