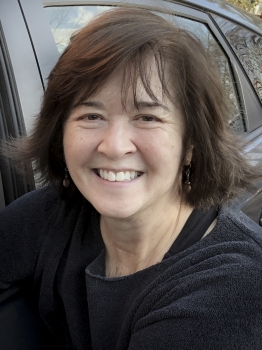 Photographer @ Self
Kasmauski started her career at the Virginian Pilot newspaper as a staff photographer and story developer. She left the Pilot when National Geographic magazine accepted two of her story proposals. She photographed 25 major stories for... read on

Kasmauski started her career at the Virginian Pilot newspaper as a staff photographer and story developer. She left the Pilot when National Geographic magazine accepted two of her story proposals. She photographed 25 major stories for National Geographic magazine on topics ranging from Japanese Women, Aging, Genetics, Radiation, AIDS, Migration and Ecology of Disease. In 1999 she was awarded Geographic’s prestigious Photographer in Residence position. Her work examines issues of science, public health, and global change. She was one of five women photographers featured in the National Geographic’s first “Women Photographers at National Geographic”. As a visual communications specialist, she brings a human face to the impact of science and social developments. Her focus has been how the health of the land intertwines with the health of communities living on it. Kasmauski spoke at the first TEDx MidAtlantic in Baltimore where she highlighted the need to visualize Global Health issues.

Kasmauski’s books, NURSE: A World of Care and IMPACT: From the Front lines of Global Health were both nominated for the Pulitzer Prize in community service. She continues to work on issues of maternal and child health, the importance of health workers, concerns of global health, developing technologies, poverty and aging populations. Predominately a still photographer and storyteller, she has expanded into audio and video. With two colleagues and Blue Chalk Media, Kasmauski developed a 30 minute broadcast film on Japanese War Brides. Tracing the journeys of three women from Japan to America during the postwar years and their relationships with their daughers, the film was licensed BBC World Media.

After leaving National Geographic in 2005, she has worked mainly with non-profits and foundations. She received the first ‘Grant for Good” from Getty Images to document the transition of an environmental nonprofit and the tools they used for empowering grassroots leadership.

She holds undergraduate degrees in Anthropology and Religion from the University of Michigan. She was awarded the prestigious Knight Fellowship at Ohio University, earning a Masters Degree in Visual Communications and Photography.

More information about Karen Kasmauski may be found on her website, vimeo site and blog: