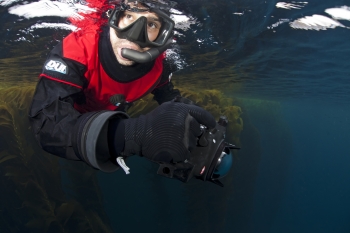 Octavio Aburto is an Associate Professor at Scripps Institution of Oceanography (SIO), a professional photographer associate with the International League of Conservation Photographers, and a National Geographic Explorer. Octavio obtained his PhD at the Center of Marine Biodiversity and Conservation at SIO. He is a Katerhyn Fuller Fellow, WWF-Science Program in 2010, was awarded the Conservation of Nature prize by the Mexican Ministry of the Environment " CONANP in 2014, and received a Hellman Fellowship, for a Junior Faculty Research Project in 2015. His research and photographs have focused on marine reserves and commercially exploited marine species and their fisheries in Mexico, Belize, Costa Rica, Ecuador, and the U.S.